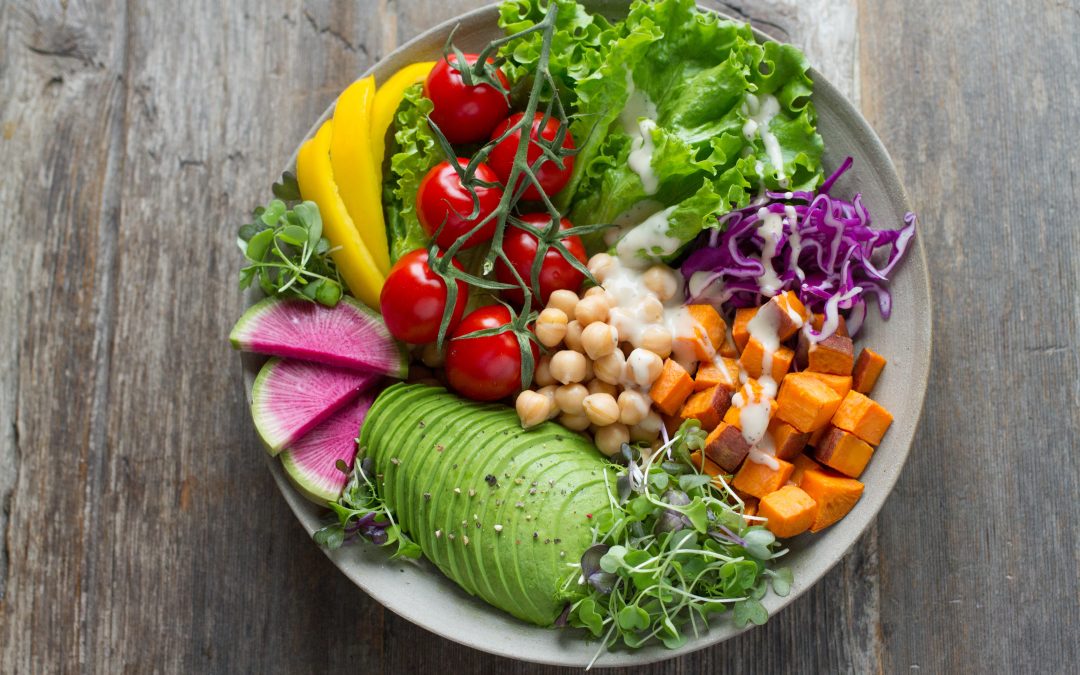 I doubt you can find a vegan who no longer cares about how their food tastes. In spite of the fact that we have given up animal products, we still want satisfying and delicious meals. So, if you’ve been vegan for a month or your entire life, it’s likely you’re open to new and creative ways of preparing plant-based meals for yourself. These recipe creators are sure to tantalize your taste buds.

I’m starting the list with the creator of the first plant-based cookbook I purchased, Angela Liddon of Oh She Glows fame. Her 15-Minute Creamy Avocado Pasta recipe is one I turn to again and again because it’s quick, simple and delicious. Angela provides more than 500 free recipes on her site, and that number is always growing. Her cookbooks are available at all book retailers. There’s even an Oh She Glows app available for $2.99. 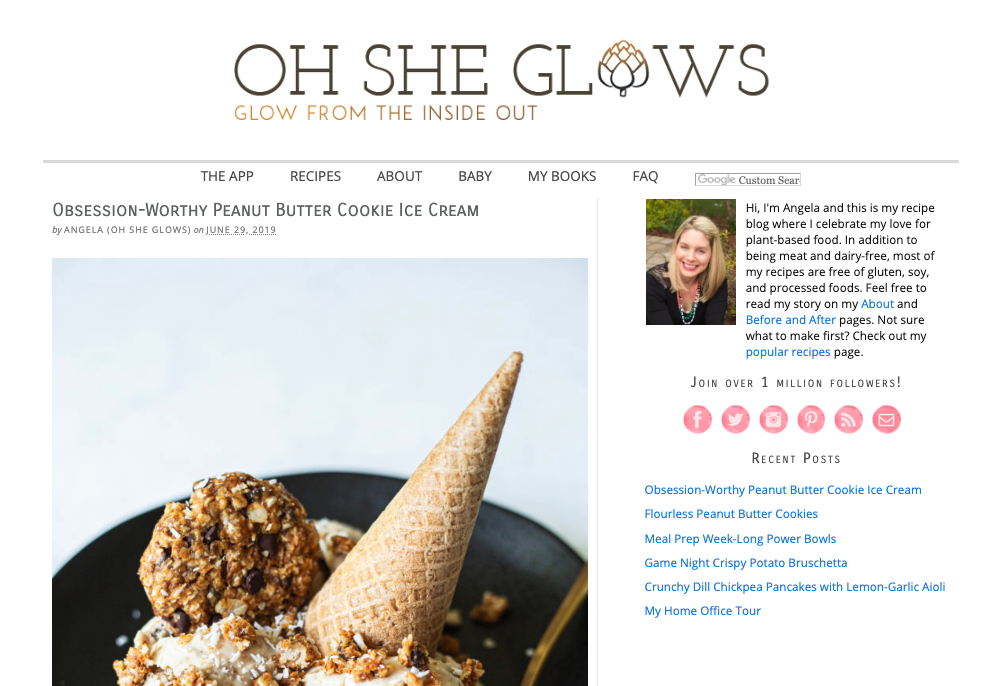 Melanie McDonald of A Virtual Vegan is based on Vancouver Island in British Columbia. Her cookbook, Vegan Comfort Cooking was published last year. Melanie’s site has a searchable recipe index and if you subscribe to her email list, you’ll receive recipes directly in your inbox. Often, she gathers recipes in a booklet and sends them out to her email list. 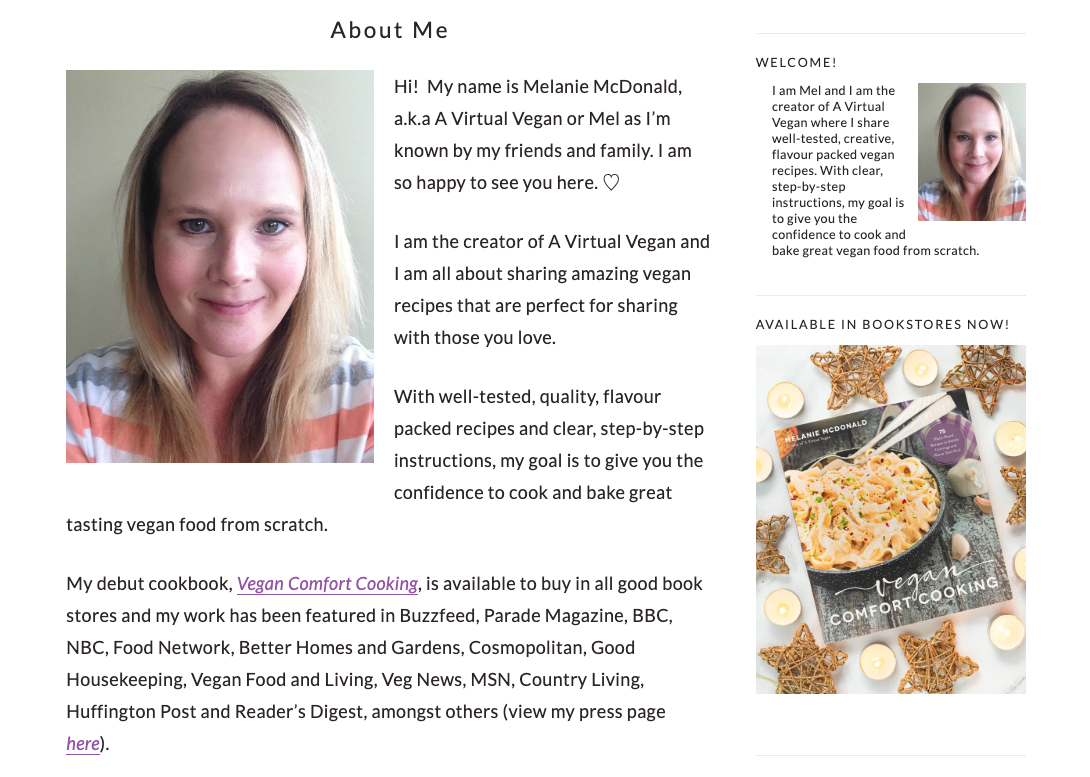 Sam Turnbull is a vivacious ball of energy. Watching her YouTube videos (her YouTube Channel boasts more than 53,000 subscribers) is entertaining and she makes cooking vegan fun. Her recipe index includes sections with recipes that have 10 or fewer ingredients, and that take 30 minutes or less to cook—two things I typically look for when cooking.

She’s appeared on many TV segments, at vegan events throughout Canada, on Podcasts and in many notable magazines. Her website is full of recipes, and she also sends them out via email when you subscribe to her list.

Honestly, if you can’t find a recipe to try on her quirky site, you’re not looking very hard. I mean, vegan tourtiere! As a French Canadian, that one is a must try for me. 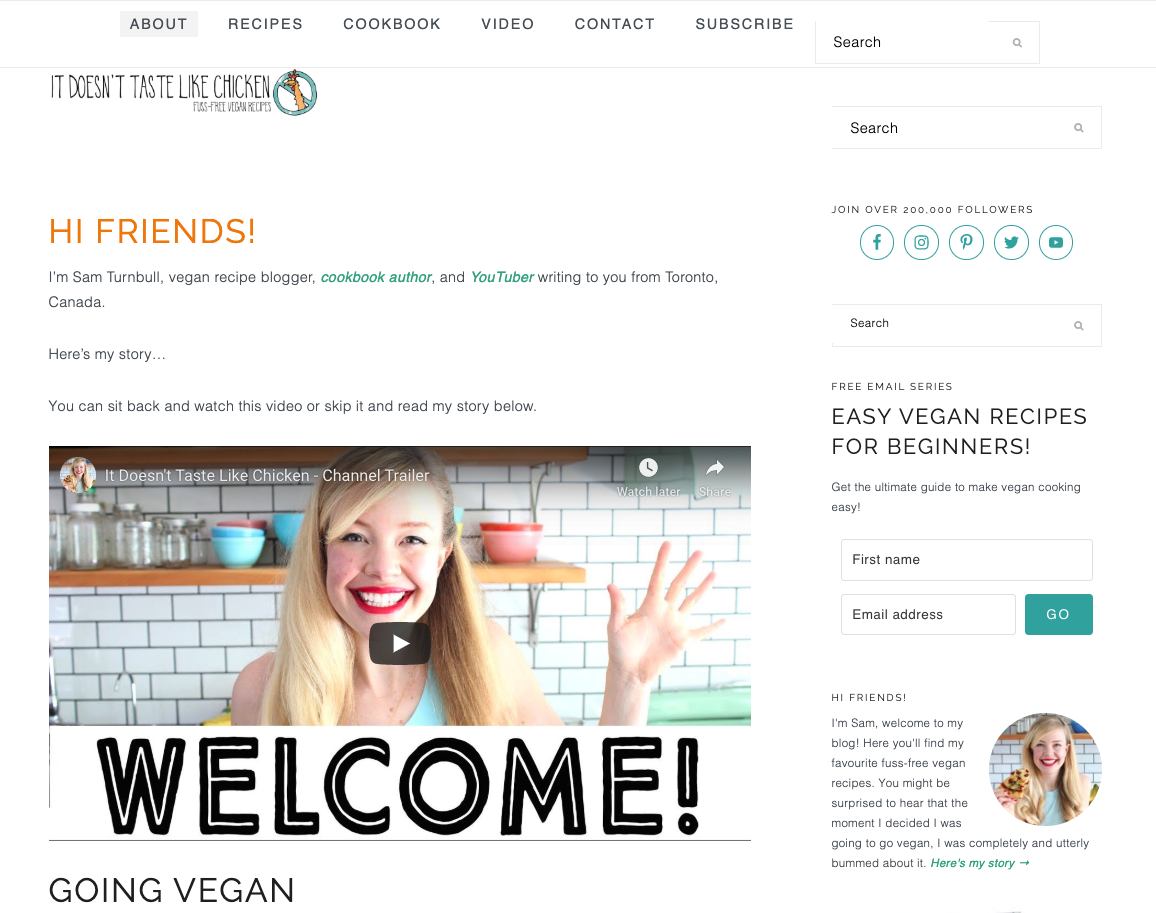 I’m sure Lauren is well known to many of you. A Canadian from Toronto, she’s the author of two cookbooks, and has two popular YouTube channels: Lauren Toyota with 155,000 subscribers, and Hot for Food with 473,000 subscribers. It’s difficult to keep up with everything she’s done and everywhere she is.

The thing that stands out about Lauren’s recipes—at least for me—is that they are different. For example, her Easy Vegan Pulled Pork sandwich is not made with jackfruit, as I expected, but with artichokes. Plus, she offers a variety of international recipes, such as Korean vegan bibimbap with crispy gochujang cauliflower, and Chinese 5 spice pulled palm bao.

Warning: You’ll get lost in her recipe index and her YouTube channels. 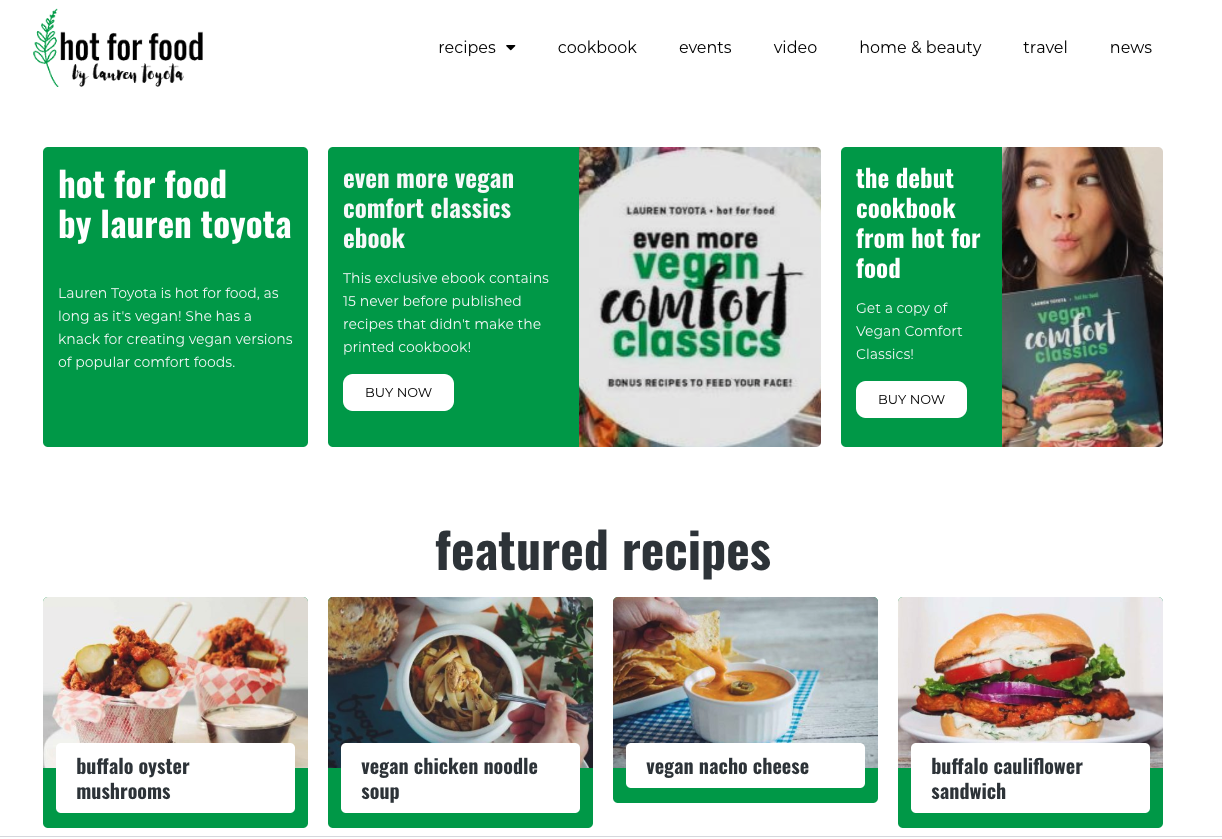 Emily has accomplished a lot during her short time in the raw vegan food space. She started her blog at the age of 16 in 2011, shortly after she transitioned to veganism.

In 2015, she came out with The Rawsome Vegan Cookbook, and in 2018 she published two more cookbooks: The Ultimate Vegan Cookbook in October, and Rawsome Superfoods in December.

To say this young woman is prolific is an understatement. Her website is This Rawsome Vegan Life, and “Rawsome” has become her brand and she’s capitalizing on the term in her cookbooks. 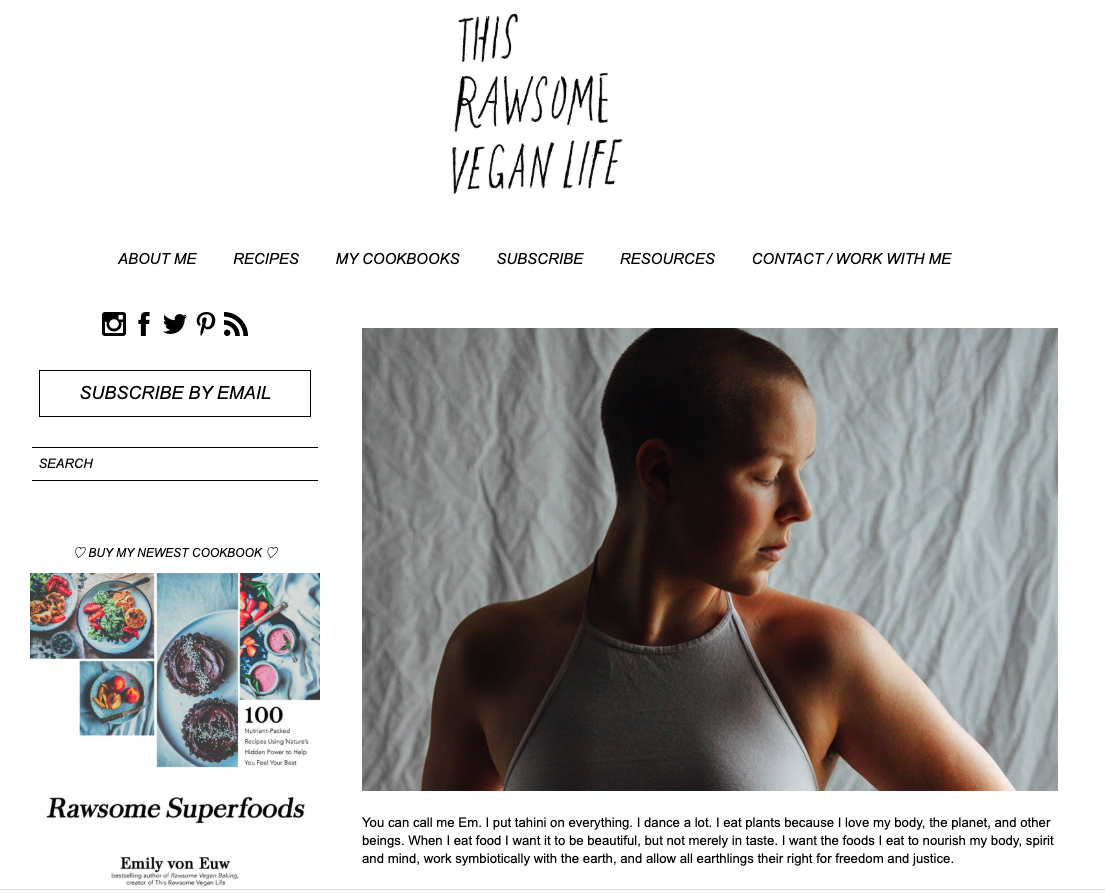