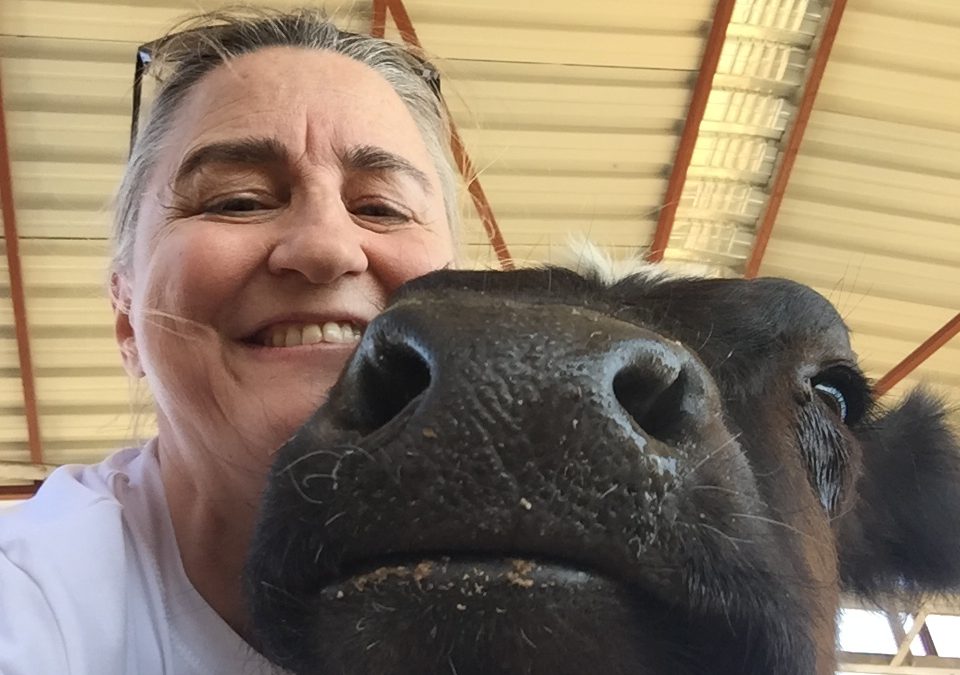 Nilgün Engin joined Animal Save Movement in 2019 and is now the Regional Liaison for the Middle East, North Africa, and Greece. She is based in Ankara, the capital of Turkey.

What prompted you to become vegan? How long have you been vegan?

March 15, 2017: After a phone call from my daughter informing me that she had gone vegan, I quickly researched to persuade her to reconsider her “extreme” decision. Watching videos and reading articles, after two weeks I eventually decided to go vegan — as any other compassionate person would do. It has now been over four years, and I regret that I did not hear about veganism sooner.

How did you become involved in animal rights advocacy? Once I made the decision to go vegan, I spent a lot of time in 2017 and 2018 reading vegan books (Peter Singer, Carol J. Adams, Gary Francione, Dr. Neal Barnard), watching documentaries (Before the Flood, Earthlings, Dominion, What the Health, Inconvenient Truth, Cowspiracy) and cooking vegan meals for my family and friends, trying to convince them to stop animal cruelty. I thought I was doing the best I could for the animals.

But then I realized that I needed to be a part of the vegan community. I felt like I needed to do more for animals. What I was doing was not enough. So, I joined Ankara Vegan Platform which consists of 40+ animal activists.

On February 14, 2019, I participated in organizing İstanbul Climate Save’s “Stop Bolsonaro, Save Amazon” protest in İstanbul and met the Council of Brazil at his office to deliver our message.

Coming back to Ankara, I started an Animal Save chapter here together with four fellow vegan activists. Since May 2019, the Ankara Animal Save group has participated in many actions and events. Our core team consists of 30+ activists, bigger groups consist of 90+ people. Photos about our actions and events can be seen on our Instagram page.

What do you do as Regional Liaison for Animal Save Movement?

As the Regional Liaison for Animal Save Movement (ASM) in the Middle East, Northern Africa and Greece, I do my best to recruit new organizers and help them to come on board with ASM. I provide support for communication with HR and inform the groups about all of ASM’s global actions and encourage them to participate.

I am also co-founder and organizer for Ankara Animal, Climate and Health Save chapters. We organize actions, workshops, online panels, sanctuary support, vigils, save squares, and more for animal rights.

I believe our main action — vigils — are very successful in educating people and creating the vegan community. To our surprise, these events can be educational for the farmers too. As an example, my daughter influenced a chicken farmer to liberate a chicken during a vigil. The full story can be read here. 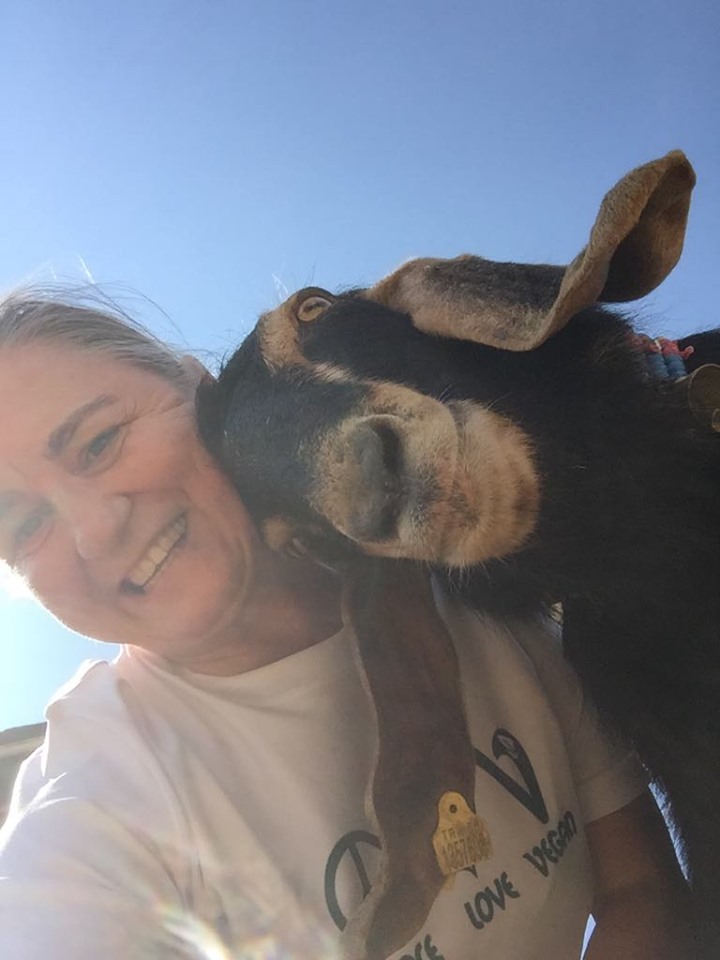 What are some of the approaches and methods used in the work you do?

I use Twitter, Facebook and Instagram to spread the vegan message. Due to the pandemic conditions, people started to spend more time on social media, and it is the best way to convince people to stop animal exploitation and go vegan.

I have another Instagram account where I share veganized recipes of Turkish dishes. This also can be helpful for those new to veganism. In the beginning, everybody thinks that they will have to eat only vegetables and fruits. They need to be informed that this is not the case and there is a wide selection of tasty dishes. This is what I try to do on this Instagram page — provide recipes and encourage people to try them.

I translated into Turkish Mind If I Order the Cheeseburger? by Sherry F. Colb (free of payment). It was published by Yeni İnsan Yayınevi in December of 2020. I hear many good comments about the book and my translation. People are sending me messages telling me that they became vegan after reading this book. This is such an inspiration for me to try harder and do my best to continue vegan activism.

These are all personal activism I’m involved with. On the other hand, in Save Movement groups we apply each activism method: street actions, workshops, online panels, sanctuary support, vigils, and save squares.

We helped build the first animal sanctuary in Zonguldak, Turkey. This also enables us to liberate animals whenever we have the chance. Creating a difference in our country encourages us to do more for animals.

How often do you do street-level activism?

Before the pandemic, we had a street action almost every week. Our work has been greatly hampered by Covid-19. Every week we were giving away soup in a park and we talked about veganism to the passersby. It was very impactful back then. 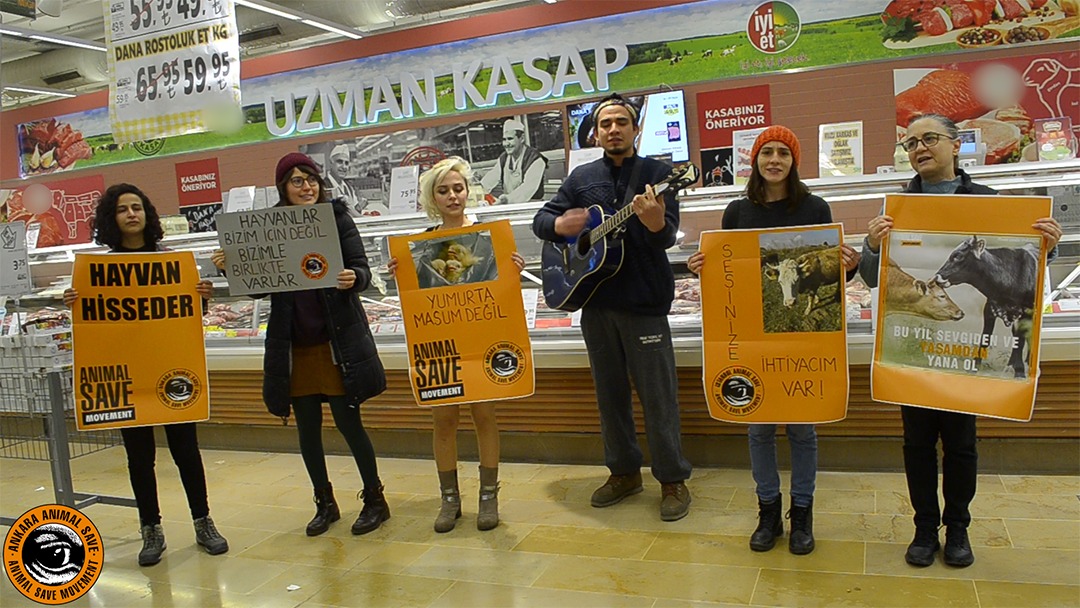 In your opinion, what role does an activist play in society?

The major role is to change the common perspective of society about animal rights and the role people play in animal suffering.

What has been your biggest challenge in doing this work — some of the problems you face?

Sometimes dealing with people is exhausting.

What has been your biggest reward in doing this work?

Each and every day, someone reaches out to me — in person or on social media — to say I played a part in influencing them to go vegan, or to at least consider it.

Is there an event that you’re most proud of?

I organized a vegan milk workshop and Turkish Radio and Television broadcasted this event. It was a first on Turkish TV. Thousands watched it, maybe millions.

Can you share some victories in doing this work?

We helped with the construction of the first animal sanctuary in Turkey. We rescued a hen after a vigil and she is now living there. We are now helping to build a second sanctuary.

Does this work fulfill you?

There is nothing else that fulfills me as much as animal activism.

What inspires you to continue doing this work?

Is there a particular animal whose life has touched you?

All my cats over the years. Also, a cow named Yunus who was born with three legs. He was the reason for the first community sale I organized to raise money for his healing.

How do you educate the public about the suffering of animals?

I use every tool, street outreach, family chats, etc. I use a love-based approach and talk about veganism whenever I find a chance.

In your time as an activist, what changes have you noticed? For example, more people joining the cause, slaughterhouse closures, etc.

Unfortunately, no closures of slaughterhouses. Turkey is in the Middle East where patriarchy is a big issue and their kingdom is built on animal consumption.

But I do witness every day that the younger generations are being enlightened about veganism. Four years ago, there was only one vegan café, now there are five in Ankara. In İstanbul there are about fifteen vegan cafés and in İzmir six cafés. Even in the southeast in Diyarbakır, there is a vegan café. Veganism is trending in Turkey as in other parts of the world.

What’s one simple thing the people in your community can do to advocate for animals?

To speak up in the name of animals, be their voice when they have a family gathering. I believe every person can use their talent — whatever it may be — to help the animals. A doctor can advise their patients on how healthy plant-based foods are. A teacher can teach their students about compassion for every species. An artist can sing or draw impactful pieces about animal rights. As a translator, I translated a vegan scholar’s book and it’s now in Turkish, reaching Turkish people. 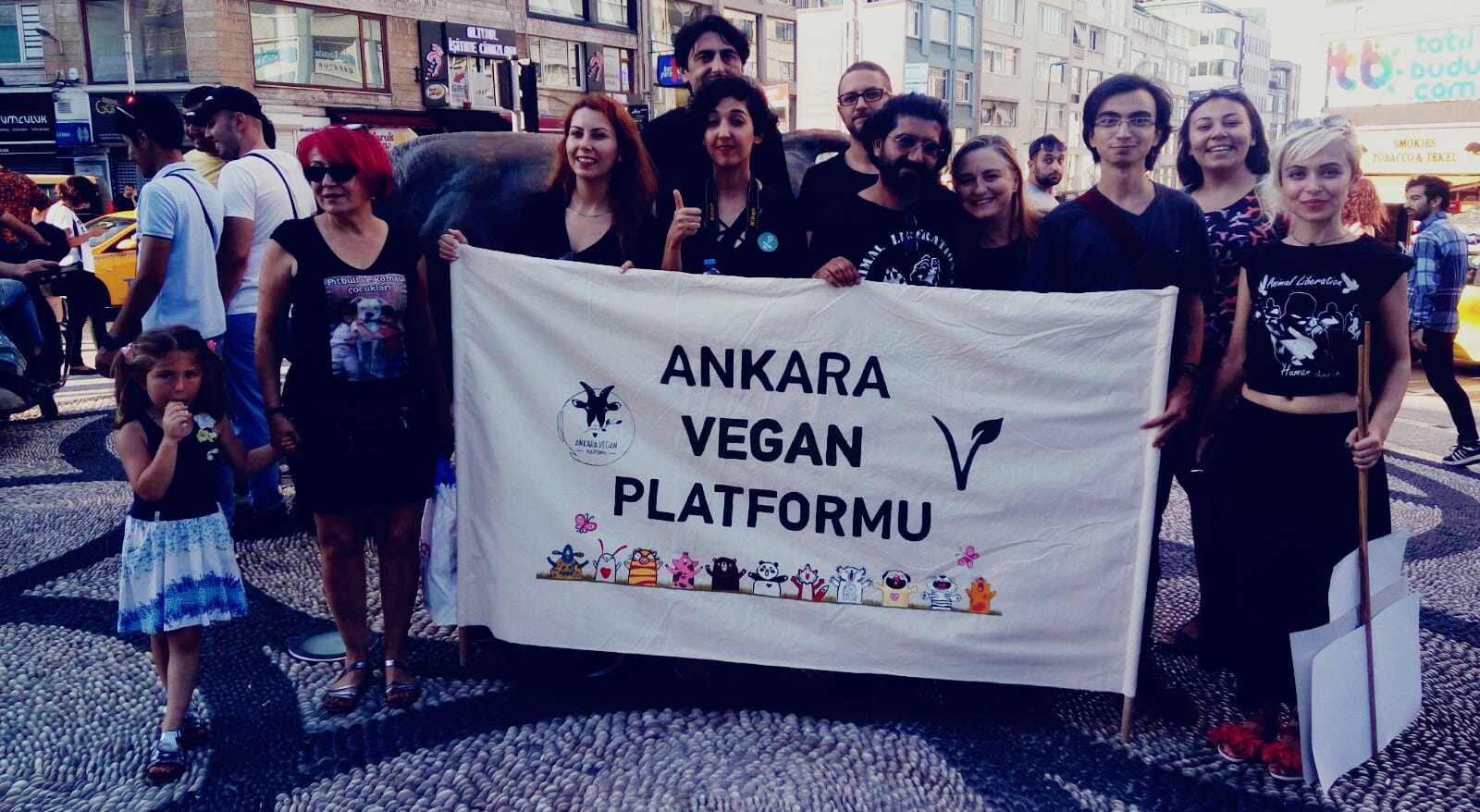 What keeps you going when you see such horror on a regular basis?

I focus on the things I can accomplish and I try not to lose hope. I promote love, ignore hate. I avoid negative people around me and try to build a community made up of compassionate people.

What advice do you have for someone new to activism?

Same thing I do: Focus on the things you can achieve. Don’t allow sadness to capture you. Do your best and do it each day. Consistency is the key to succeed in any cause. Remember that the problems you face every day are nothing compared to the violence imposed on animals every second of every day.

What self-care rituals do you have in place to prevent burnout?

I really don’t have any. I love doing activism and making a difference.

Who inspires you in the animal rights movement?

What is your experience of this community in your part of the world?

We have a very supportive core team. There are of course issues in the bigger group here in Ankara, but we solve them smoothly. Seeing our group growing each day, we feel secure and content about our community. Animal Save Movement’s global team is supporting us in every respect. This encourages the activists to do more for animals.

Almost ten years ago, the word “vegan” was rarely spoken. Now when a farmer promotes his products on TV, he uses the word “vegan” for dried tomatoes. Tomatoes have always existed in Turkey, as well as a wide selection of vegetables, but no one was aware that veganism could be a lifestyle.

However, in most parts of Turkey, animals are seen as a resource, and exploiting and consuming animal bodies is related to wealth, unfortunately. Younger generations are now questioning this aspect and becoming vegan despite the culture they have grown up in.

There are many vegan activist groups holding actions in Turkey. Unfortunately, they are not acting hand-in-hand, mostly criticizing others’ approaches to vegan activism.

Animal rights in Turkey are not supported by law at all. Under Turkey’s law №5199, cruelty to animals is considered a misdemeanor, punishable by a fine, with no jail time and no mark on one’s criminal record. The animal rights activists are acting together with cat and dog lovers on this issue, and at the same time trying to teach them about speciesism.

There are thousands of crimes committed against animals (excluding farm animals) in Turkey every year, and there is still a long way to go to educate people and convince lawmakers to provide justice for all animals.

The demand for animal products grows every day, depending on the misinformation created by the meat and dairy industries, which is supported by old school physicians who never pay any attention to new research and studies. Turkey has multiplied its animal importing activities to provide “cheap food” for people. Although the numbers are hidden, we know they are huge.

Despite all these bad conditions, the vegan products market has also grown in recent years. Turkish people, especially those living in big cities, are very open to these new products.

In your lifetime, what do you hope the animal rights movement will accomplish?

I believe the world will turn vegan (even if many people don’t want to) due to the climate emergency. I wish everyone would understand the philosophy of Gandhi and Tolstoy and drop all weapons, including the ones aimed at the animals.