I don’t have children, but I still feel a responsibility to making purchasing choices that do not harm the planet and all her sentient beings, and to protect Mother Earth for future generations. From what I’m seeing on social media, I’m not the only one who is committed to putting my money where my mouth is by choosing products that are kind to our planet, people, and animals.

For years now, I have been carefully reading labels before putting anything in my shopping cart. Being vegan, I check for the obvious such as milk by-product and whey, and because being vegan also means being cruelty-free, I won’t purchase any products that contains palm oil.

It is estimated that palm oil is used in 50 per cent of packaged goods, including cleaning products (it’s called Palmolive for a reason), shampoos and conditioners, lotions, spreads, pet food, even toothpaste!

That does make things more difficult for conscious consumers, but because we’re aware of the destruction and corruption that is the palm-oil industry, it’s worth the time to research palm-oil free products.

I recently signed a petition for a campaign that was attempting to block shipments of conflict palm oil into the United States. It’s considered conflict palm oil for many reasons, including workers being trafficked to work on palm oil plantations.

The petition included the following:

Here’s how one worker described his experience of being trafficked by boat to an FGV palm oil plantation:

“The heat and stench were overpowering, he said, and he saw dozens die. At one point, he watched as the traffickers threw migrants’ bodies into the sea, after slitting open their abdomens so they would sink…”

Once they arrived in Malaysia, workers were forced to harvest palm oil for free to pay off their “debt” to the smugglers. Passports were withheld so they’d comply.

Conscious consumers would never knowingly support this barbarity. For more information about the reality and horrors of the palm oil industry, please follow this link.

There are alternatives and manufacturers need to get on board. The only way that’s going to happen is if consumers use their influence by not supporting those companies and purchasing cruelty-free alternatives—even if it means paying a little more. 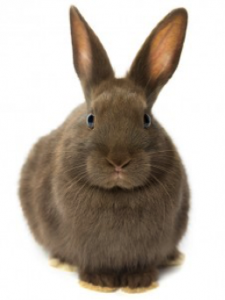 Being a cruelty-free consumer also means not supporting companies that test on animals. Animal testing is a huge problem in the cosmetics industry. Really, folks, I don’t need to have some person in a lab coat harm innocent animals to know that if I get shampoo in my eyes, it may sting a little.

While the Cruelty-Free Cosmetics Act (S-214) cleared the Senate in Canada last year, the bill that amends the Food and Drugs Act and will prohibit testing on animals in the cosmetic industry still has a ways to go before it becomes law. Incredibly, this is the first animal welfare bill to pass in the Senate in nearly 130 years!

The third bullet point is particularly meaningful, because, really, what bright minds came together years ago and decided to torture animals, and if they survived the torture then their products were safe for humans?

But sadly, until the Cruelty-Free Cosmetics Act becomes law, products that are tested on animals will continue to be sold in Canada. That’s why it’s important to do a bit of research on product manufacturers.

Here are some great resources for purchasing cruelty-free products. In some cases, I’ve provided you with a direct link to the site, in others, the site lists companies that don’t test on animals. 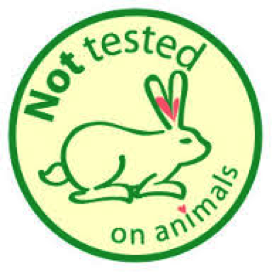 I also found this great resource for a list of cruelty-free manufacturers. This list also highlights those companies that are vegan. But you may need to dig a little deeper to discover whether the manufacturers use palm oil.

Check the Canadian online retailer Fair/Square, a husband and wife team that markets Canadian-made vegan products. But again, do a little homework to determine whether some of the beauty and wellness products they carry contain palm oil.

We can all do our part to move the needle in the direction of cruelty-free consumerism. Even though I’ve never seen an orangutan up close and personal, I don’t want to be party to this species’ extinction, nor the exploitation of human beings—including innocent children.

I happily pay a little more to avoid products with palm oil—or do without entirely—like movie theatre popcorn.