Regan Russell: The Tragic Loss of a Brave Animal Activist 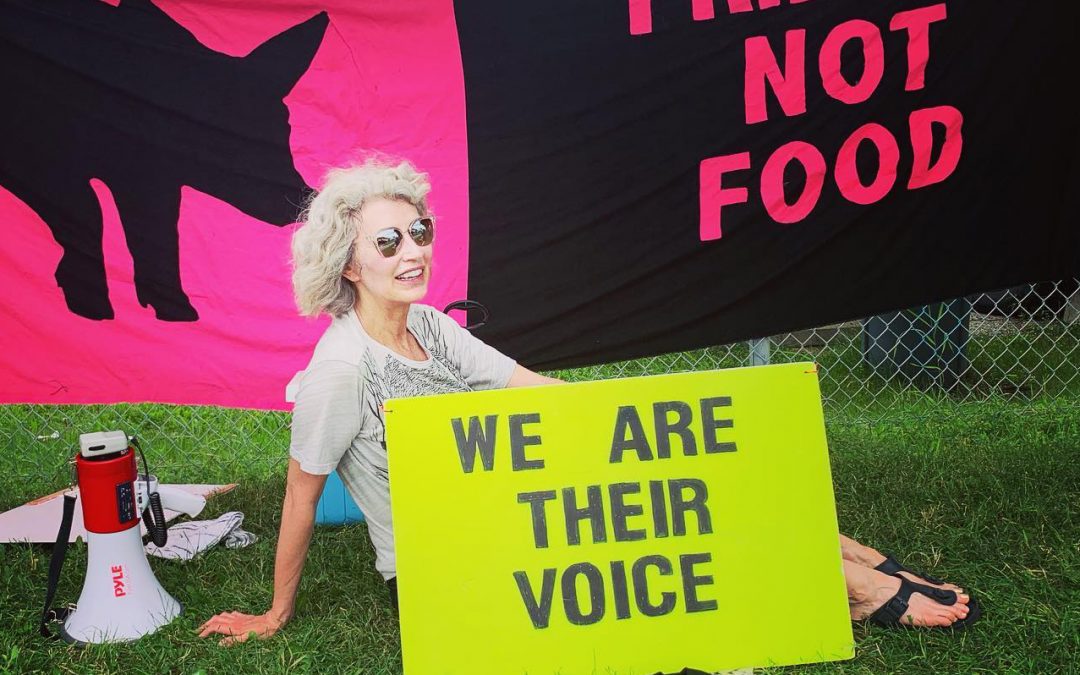 I didn’t know her, but her death affected me greatly.

On June 17th, Bill 156, an Ag Gag bill, was passed in Ontario. This law prevents whistleblowers from exposing unethical and illegal practices on farms and was inspired by similar bills that were eventually struck down in many states in the U.S.

Two days later, on June 19th, Regan Russell was killed by a transport truck carrying young pigs to slaughter in front of Fearman’s Pork in Burlington, Ontario. Earlier this week, it was announced that the driver of said truck escaped criminal charges. Instead, the 28-year-old was charged with careless driving causing death—a mere slap on the wrist, equivalent to driving while distracted. 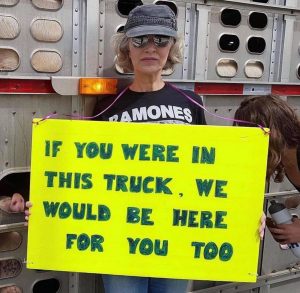 But that’s not what happened, the truck was stopped for several minutes when he suddenly accelerated into a right turn from the outside left lane. Video surveillance footage shows exactly what happened and others who were in attendance at the vigil on that fateful Friday bore witness to this tragedy. What story did he spin to avoid criminal prosecution? Are Halton Police more sympathetic toward the perpetrator than the victim?

Another animal activist shared that in January 2019 she was nearly run over by a transport truck carrying live pigs at Fearman’s Pork. She had mere seconds to jump out of the way, and, luckily, she managed it in time. However, she recounts that when the police came to the scene after she called them, they showed a complete lack of interest in this attempt on her life, and instead were questioning her about whether she was on private property at the time. The driver was sent on his way without so much as a warning as the activist stood there with physical symptoms of shock while being ignored.

This activist went on to file a complaint with the Office of the Independent Police Review Director, and despite her account, which was supported by security guards and other activists in attendance, her complaint was dismissed. Another attempt was made on her life by a transport truck about a year later, then she watched in horror as Regan was mowed down while standing in the very same spot. What happened to Regan Russell is far from being an isolated incident.

Regan Russell is a tragic victim of the animal agriculture industry that treats animals as commodities, and police indifference. Had those truck drivers been held accountable in the past, Regan may still be alive today. She wanted to show animals a bit of kindness and try to relieve their suffering before they are sent to their horrific deaths, and for that she paid the ultimate price: her own life.

Regan Russell had been a fearless defender of animals since 1977. As her husband Mark Powell recounted, she had a heavy heart the night before she was killed because Bill 156 passed the day before. But she didn’t let that stop her from speaking up for the animals she loved the following day—in fact, she may have been even more committed to inspiring change. 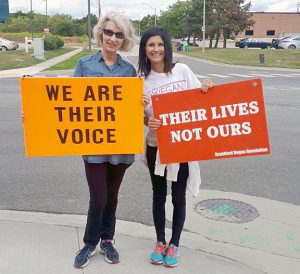 “The first day I met Regan, she was bearing witness to the pigs on the slaughterhouse trucks. I was devastated and crying because the pigs were screaming, and she tried to comfort me. As this pig vigil was ending, she told me she had to hurry off because she cared for two feral cat colonies, and she had to go feed them. I was in awe of her. She spent every single day of her life for years trying to end the exploitation of all animals. Our movement has lost a devoted and passionate activist, and I have lost my friend. I will never forget this brave and compassionate woman,” says Tracey Godden, pictured here with Regan on September 8, 2019.

Have you ever stood beside a transport truck carrying live animals? I did for the first time on my way to Burlington to attend a memorial for Regan. We stopped at a service station, and as is typically the case, a truck was in the parking lot—this one carrying cows. The sheer size of those vehicles is frightening. Looking in the eyes of those gentle beings who only have a few short hours of life remaining is haunting.

Those who regularly attend peaceful vigils and bear witness to the animals at slaughterhouses are BRAVE. There’s no denying that. And activists who continue to show up despite those who oppose them, hurl insults, and put their lives at risk are true heroes.

The backlash against activists is long-standing. Regan’s death is but one and you can read about some of them here.

In memory of Regan—and in honour of everyone who advocates for animals—please give Challenge22 a try; it’s completely free to join. You’ll soon realize that the transition to a plant-based diet is easy and you don’t have to sacrifice flavour. At the same time, you will be doing a good deed for the planet and your body will reward you by feeling so much better.