There Was a Killing 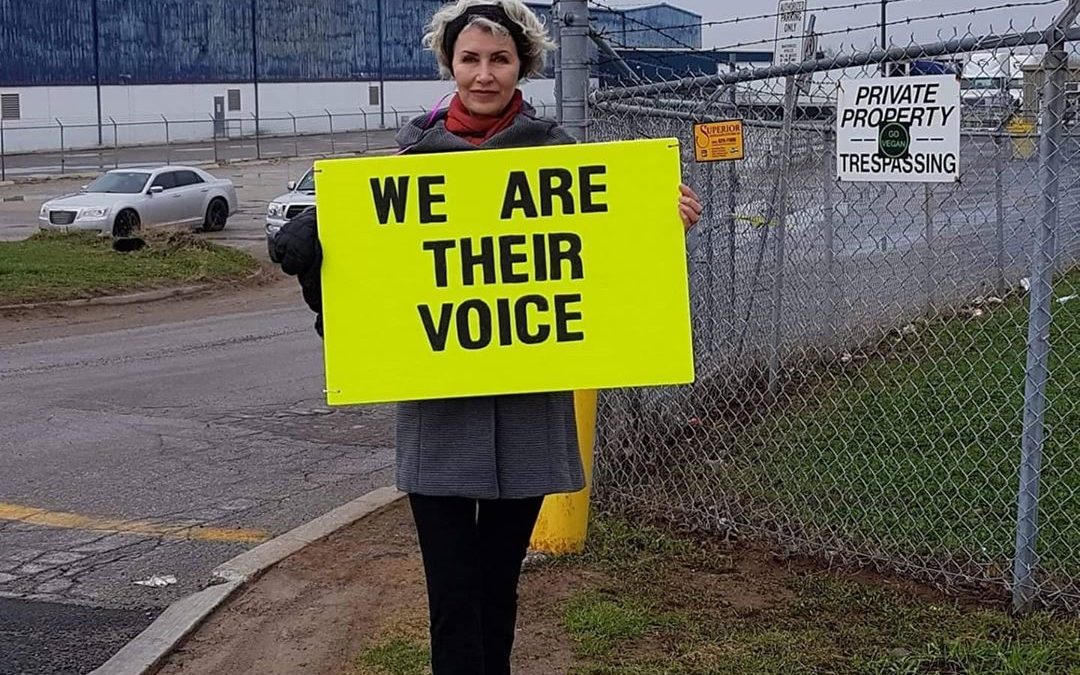 Documentary filmmaker Shaun Monson made a powerful statement with his film about activist Regan Russell. It was Monson’s job to give us the facts, and he did that with eyewitness and expert accounts. While some scenes are horrific to watch, this documentary explains exactly how this tragedy took place, and exactly why it was preventable.

The truck driver’s “explanations” that he couldn’t see her or that she was in a blind spot are difficult to swallow, especially since there is an “or” in his defence. The footage taken from inside a truck shows that he would have been directly facing Regan as he made an illegal right turn from the outside left lane—and she would have been clearly visible.

Regan, a tall woman, was crossing a green light when she was struck, and given where her water sprayer was found, on the grass next to the intersection, she had barely begun to make that crossing.

He hit her, dragged her body several yards, and didn’t stop until the security guard told him to stop. According to a former truck driver interviewed in the documentary, he would have felt the impact.

Regan wasn’t new to activism and bearing witness. She knew how to behave around those massive trucks—she had been doing so for years.

Did the truck driver intentionally kill Regan? Probably not. Was he negligent? Most definitely. He was cited with careless driving, a mere slap on the wrist. 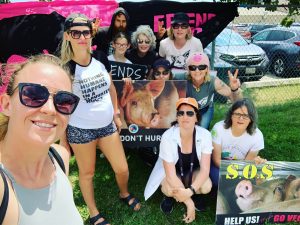 A few years ago, Anita Krajnc, pictured here holding the S.O.S. sign, was charged with criminal mischief and was facing up to 10 years in prison . . . for giving water to pigs. Thankfully, and reasonably, the charges were dropped after a lengthy battle.

There was a killing.

There was no justice.

If you haven’t yet watched the 30 minute documentary, here’s the link